The Day After The Storm

Launched my kayak at the Pioneer River boat ramp Sunday morning after having a fishing trip cancelled the night before due to a thunderstorm. It was a beautiful morning on the water and as I made my way out to the mouth of the river I came across a bait school of large herring being tormented by some as yet unknown predators. I had on an Atomic Prong prawn imitation so threw it in amongst the school, let it sink for a few seconds then on a slow roll retrieve it was hit hard by a 50cm GT that put up a great fight on 6lb braid, what a great start to the day! 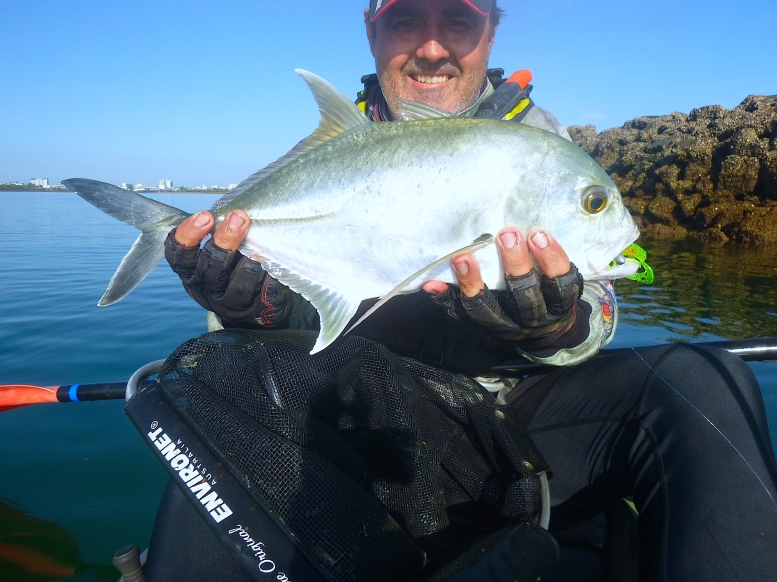 The next couple of hours were spent playing with some medium sized estuary cod along the rock wall with about 5 fish caught and released. Its been a while since I had been out in the yak and as usual I had a blast.

Catching a few Cod and GT’s in Mackay’s Pioneer River is one of my favourite ways to spend a Sunday morning.

4 Comments on “The Day After The Storm”